This track appears to take place in a city theme similar to the Rooftops track, where the buildings' structure is composed by dirty walls, some of them (including wooden doors) with bullet marks. Overlapping pipes, stairs and an elevator pit are the known obstacles. Sound design included sounds of domestic violence and other urban sounds.

There were supposed to be three different versions of the track, all folders called "Bloc#". Sometimes refered to as "TowerB" or "Tower Block".

In an additional note, analyzing the file "leveldat.ccp" found in the source code, it is possible to see that only the bloc3 start position (line 9) is different from others. This indicates that probably the three Council State levels may use the same mesh file (racers are set in the same neightborhood/town), as seen in Toytanic and Ghost Town levels. It might also indicate that the other two tracks were not done yet and thus featured the same starting location.

Screenshots can be seen in The Re-Volt 1999 Scrapbook Deluxe 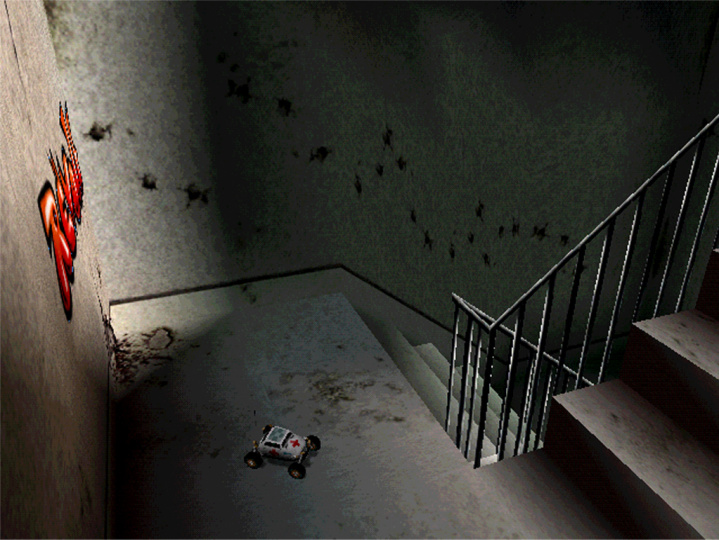 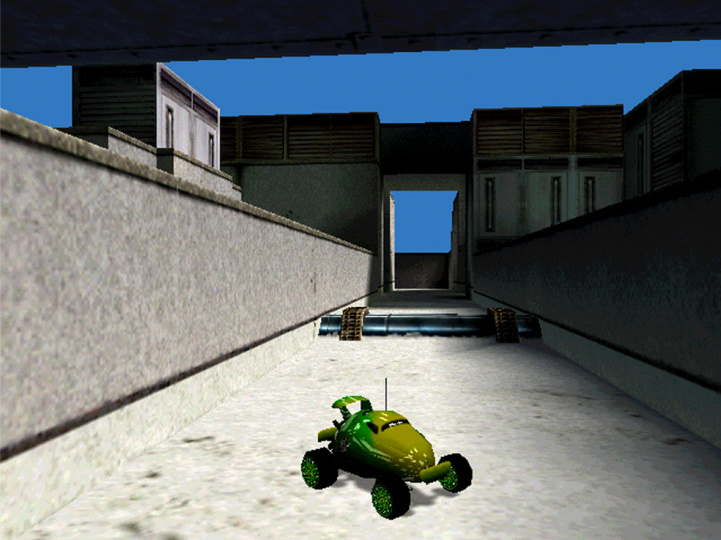 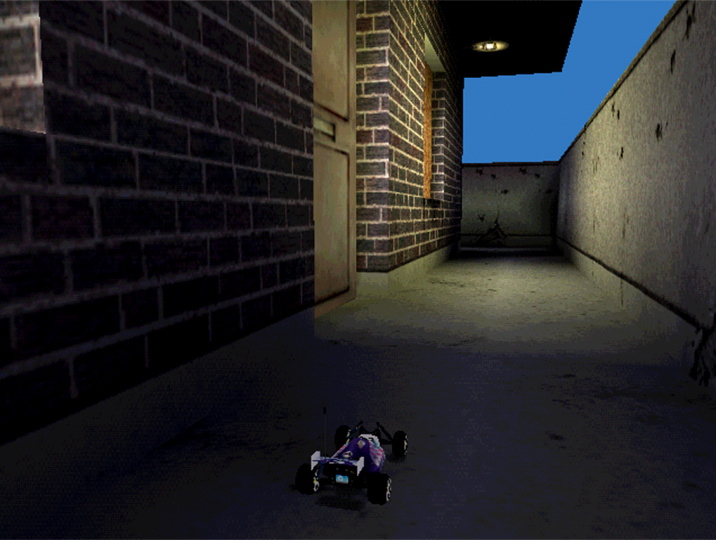 This track seems to take place in a tiny little cave, with a small lava pit and scary faces are found all over the walls of the cave. The real name of this track was found to be called Poo. The directory folder name is "cave".

The first version of the famous Dreamcast exclusive track. As shown in the Re-Volt 1999 Scrapbook Deluxe, it appears that the track's real name was Fiddlers on the Roof. The name probably is a reference to the musical/film Fiddler On The Roof. It features similar textures to the final track. The mesh of the track can be found in the leaked source code. It has been mapped and polished by Marv and R6 Turbo Extreme and is now available on Re-Volt Zone Tracks. The track was scrapped due to it's 'abysmal' flow and (relative to that time) restricted hardware ressources. Initally, the track was ought to be set at daylight. The track's folder name is "ROOF".

Not much is known about this track either. A guess would be that it would act as a Formula 1 Track. Strangely, a small note next to the name in the source code says "urrrgh.. you said.. Grand". Two versions of this track can be found in the source code, including mesh files inside a folder named "TEST". The real name of this track was found to be called Prix 01. The diretory name is "prix01".

those levels were for the proper sequel that was being made, but very very unfinished Paul 14/01/2014

This track was apparently fully existent. There are fairly rough textures and it featured the dipper from nhood1, several dirt textures, wood and corrugated metal. The folder name was "CONSITE".

Seatown is likely to be a planned track (the quality of the textures suggest that it might have been from a very early stage of development). The textures are even more rough than Consite's and one even features an Iguana logo which also might indicate it's early creation date. The textures contained mainly brick textures, doors and windows taken from photographs. The folder name was "SEATOWN".

This one appeared in some Demos between the track selection screen, however, it was not selectable. This track appears to be a Japanese Zen garden. It was never finished. Only a few textures and a simple mesh might have existed. In some demos, it was set to medium difficulty.