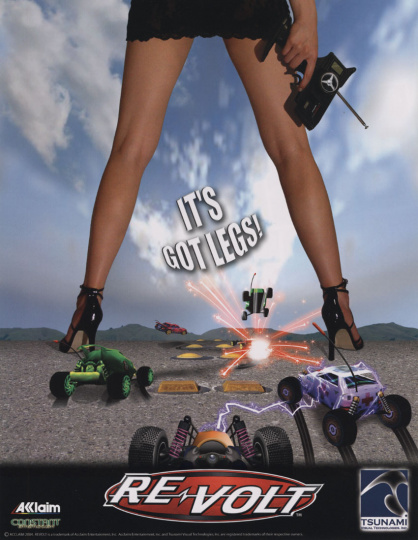 Front side of the informational flyer 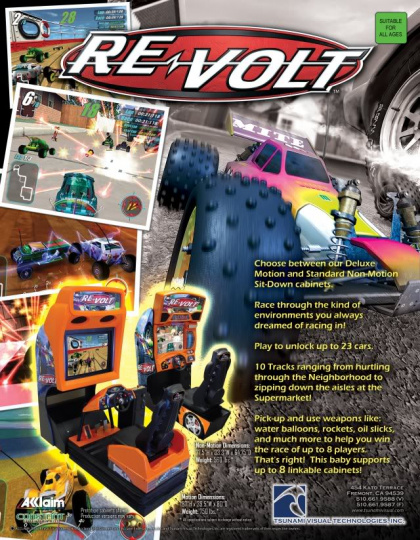 Back of the flyer with a list of features 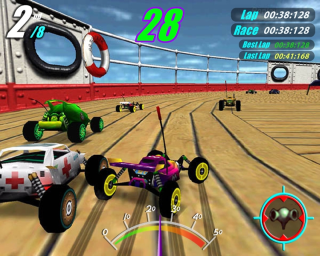 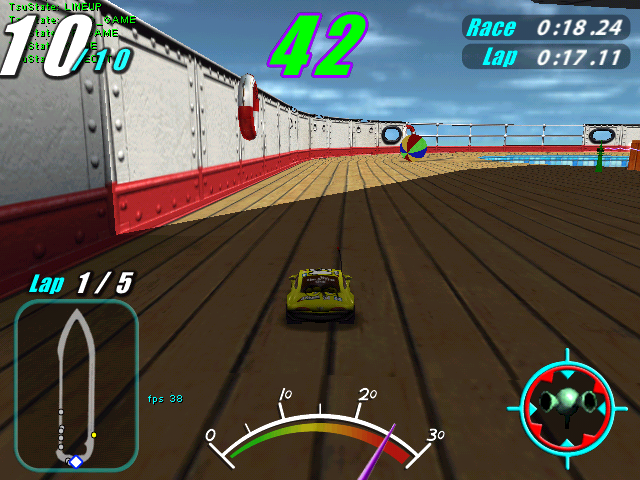 This version of the game featured a few changes such as gameplay and graphics. It ran on Microsoft Windows 98 and came in two versions: The TsuMo Standard Non-Motion Sit Down Re-Volt and the Deluxe version.

Hardware can be easily changed with just a driver update and if needed the entire operating system can be reloaded with CD-ROMs that was included with each system.  However, once the system is reloaded a custom code must be given to the original manufacturer and a subsequent unlock code must be entered into the Arcade System before it will be usable.

Similar to the Dreamcast version's time trial mode and many other arcade racers, there is a global timer.

This version had two additional tracks, those are Gabor's Venice and a new track created by Kurt Arnlund, an ex-Tsunami employee. I created a junk yard circle track using the crane and a car model that I made using pictures of a coworkers car.  I also created some original music that I was using in the junk yard track. Many of the tracks also have been customized to make the game friendlier and more forgiving for beginners.

Huge thanks to Ripax for this one.

First of all, download the TSUNAMI.iso and extract the revolt zip from the Games folder.
Unzip it to C:/Games so the directory is C:/Games/Revolt
Grab Ripax' Tsunami launcher (won't modify your system as much as the one on the iso) and put it into C:/Tsunami

Launch C:/Tsunami/tvtopcon.exe and wait for it to open. Dismiss all the messages.
Press alt and tab and launch ReVolt.exe from the Games/Revolt folder.
Set your controls and save (select quit, not alt f4)
Creat an empty file, rename it to launch.bat and edit it
Add the line
revolt.exe -launchgame
to launch it in arcade mode. Your controls should work now.